Letters in the World 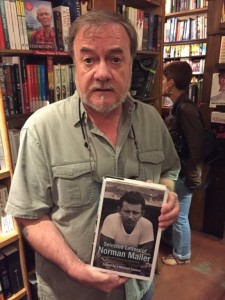 An interview with Erika Funke of WVIA-FM in Scranton, PA. It concerns Mike’s edition of Mailer’s letters.

It’s refreshing and more than a little nostalgic to see the trials, triumphs, and tribulations of Mailer’s time through his own combative eyes, before writers were marginalized as influential public figures. 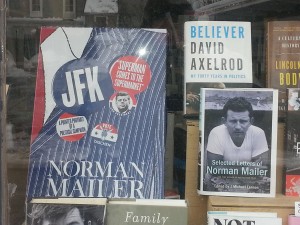 In 2002, J. Michael Lennon began reading more than 45,000 letters Mailer had written over 70 years … As you can imagine, Mailer spent a lot of time corresponding with fellow authors and celebrities, but also with friends and family and ordinary people who wrote to him.

Mike on the Jim Engster Podcast

For sheer rambunctiousness and fecundity, however, few can match Norman Mailer’s Selected Letters, as chosen by his latest biographer from an astonishing 45,000 pieces of correspondence.

9 Books You Need to Read

For fans of the novelist-pugilist, this posthumous fruit of his correspondence — 716 letters out of almost 50,000 — is indispensable. For anyone interested in the intellectual battles of the past 60 years, it provides a detailed road map of the controversies and egos involved. (Correspondents included Jackie Kennedy, Marlon Brando, Henry Kissinger, both Clintons, and pretty much every white writer of his generation.) And for the rest, it’s a subtle document of an unsubtle man’s wit and erudition, even (or especially) when it’s wielded as a weapon.

Lennon’s role as custodian of Mailer’s literary estate may seem redundant: after all, acting as his own curator was part of Mailer’s addiction to self‑dramatisation. Commencing with the taming and recontextualisation of the juvenilia and marginalia in 1959’s Advertisements for Myself, he was determined to frame his own works and set the parameters within which they were to be considered. However, his executor’s pruning proves indispensable: having given himself over to the fanatical labour of making a selection from more than 45,000 letters, Lennon presents us with 716 key missives, dating from 1940 to Mailer’s death in 2007.

Mailer, who won two Pulitzer Prizes, wrote 44 books and also produced one of the largest troves of letters in American life. J Michael Lennon, author of a 2013 Mailer biography, worked with the author over the last 30 months of his life to sift through 45,000 missives he wrote to 4,000 people, narrowing the selection down to 714. Beginning with his 1940 letter to his parents from Harvard, asking if they would subsidise the cost of his applying to literary magazine The Advocate, Mailer’s correspondence offers an intimate look at the author in all his variety: filial, pugnacious, collegial, spiteful, affectionate, defiant and generous by turn. Of particular note: his letters to Jack Henry Abbott, the convicted murderer whose literary talent he championed, James Jones, William Styron and longtime friend Diana Trilling. (Random House)